Kinematic Analysis of the Snatch Technique in High Performance Weightlifters 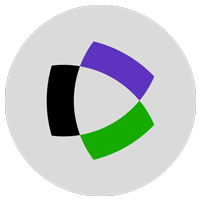 The overall objective of this work is to compare the differences between the execution of snatches performed by high-performance male and female weightlifters as well as the lateral symmetry of the gesture through the 2D reconstructions of the kinematics. Seventeen weightlifters (6 women and 11 men) from “Liga Antioqueña de Levantamiento de Pesas” participated in this study. Their movements were captured in the frontal and sagittal plane by means of 2D videogrammetry. The articular kinematics of both men and women present the same bilateral symmetry. However, the transition and turnover phases exhibited the most significant changes. Differences between the two study groups can be found in their joint movement range, barbell vertical velocity, and base of support; the latter two were greater in women. This changes can be useful to provide coaches with basic biomechanical tools to improve their practice and to personalize training.

Lifting weights in the snatch mode must be continuous and fast, attached to the body and is allowed to slide the bar over of thighs. At the end of it, the athlete must remain stationary, with both arms and legs in extended position, the feet parallel to the plane of the trunk and the bar. The lifting in snatch mode is invalid if the lifting is made slowly, or if the athlete’s head touches the bar (Zamora et al., 2015). Due to weightlifting current popularity, the methods to evaluate the techniques employed in the execution of the characteristic movements of the sport should be expanded and improved (Milanese et al., 2017). The fields of biomechanics and motion analysis provide coaches with tools to determine an adequate and objective training program for each specific athlete, thus supporting processes that have traditionally been guided in a subjective and empirical way (Salgado & Morales, 2014).

In the literature, most data acquisition methods for the technical analysis of the snatch gesture in weightlifting have focused on the kinematics of the barbell (Campos et al., 2009) and the angular kinematics of the joints (Akkus, 2012). There are also two-dimensional methods (Whitehead et al., 2014) and literature reviews (Ball & Weidman, 2018; Ho et al., 2014) that take into account variables such as gender, age, and weight category (Zamora et al., 2015), mainly in high-performance athletes (Hirunrat & Ruktawee, 2012). Nevertheless, few studies have combined variables that consider the barbell as well as the weightlifter in their analyses, which suggests the need for a more thorough approach that integrates barbell and weightlifter data to improve the mechanical understanding of a successful snatch (Ho et al., 2014).

The overall objective of this work is to produce 2D reconstructions of the kinematics of snatches performed by regional high-performance male and female weightlifters and quantitatively compare their executions in order to provide athletes with basic biomechanical insight to improve their practice and training.

Before their voluntary participation, they signed an informed consent approved by the Ethics Committee of Instituto Tecnológico Metropolitano, which observes the principles established in the Declaration of Helsinki (DoH), as recommended by the World Medical Association (2013).

A Basler acA640-120gc (Basler AG, Ahrensburg, Germany) three-camera system, with a 658×492 pixel resolution at a frequency of 60 fps and a gain of 100, was used to capture the movements. The cameras were synchronized by the software Templo 8.2.358. Additionally, Vicon Motus 10.0 was used to analyze the videos. Two-dimensional spatial modeling was performed to reconstruct the geometry of the weightlifters in the anterior frontal plane and the right and left sagittal planes using fourteen reflective markers placed on bony landmarks (Villa Moreno et al., 2008) (see Figure 1).

After they completed their specific warm-up, the athletes were instructed to perform a minimum of three snatches using the same positions they would in a competition. As per the coach’s instructions, women lifted 35 kg and men, 50 kg. Multiple variables were studied in this work: hip, knee, and ankle angles in the sagittal plane, shoulder angle in the frontal plane, barbell vertical velocity, and the relationship between the base of support and shoulder width. Such variables were obtained from the design of the spatial model of each of the planes considering the markers on the athletes, in addition to their height and weight, to find the inertial parameters of each body segment and locate their center of mass, which is necessary for the 2D reconstruction of the sports gesture. (See Figure 2)

The gesture was divided into 5 phases defined visually by the change in knee angle and barbell height (Gourgoulis et al., 2015; Ho et al., 2014). The first pull starts when the barbell is lifted from the ground, and it is completed when the bar is at knee level. The transition begins when the knees change from extension to flexion and the bar reaches hip height. The second pull is a rapid coordinated extension of the hips and knees. During the turnover, the weightlifter quickly moves the body downward and stands under the bar to adopt the catching position. Finally, the snatch is completed by rising from the squat position (see Figure 3).

The statistical software Rstudio Version 1.2.1335 was used to treat the data obtained. The Shapiro–Wilk test was applied to determine normality with a .05 significance level, and the data were compared with the Wilcoxon signed-rank test. Also a descriptive analysis was conducted by means of box-and-whisker plots.

The result of the Shapiro–Wilk test was p > .05, which indicates that the data present non-normality. Thus, a Wilcoxon signed-rank test was conducted showing significant difference in all variables except between right and left knee and shoulders in men (see Table 1).

The descriptive statistics showed that the medians of the hip and knee angles intersubject are similar in both study groups, and the right side of women presented the highest variation. Men exhibit a closer relationship and dispersion of the data between the right and left limbs compared to women (see Figure 4A and B).

The medians of ankle angle are not related to gender; however, men present less data dispersion and a better relationship between the medians of the right and left side.

In the case of women, similarity between the angles of the right and left ankles was not observed, and a greater standard deviation was evident. No significant relationship was observed between the medians of men’s shoulder angles in the frontal right and left planes; on the contrary, in women, the behavior is similar in the two planes (see Figure 4C and D).

The analysis of the joint kinematics in the sagittal plane showed that the hip and the knee describe a bilateral movement similar in both genders during all the phases. Such joints start in a flexed position and are progressively extended until they reach an extension peak during the transition phase and a flexion peak during the turnover phase. The gesture is completed with the catch phase, when both joints are fully extended, except for women’s knees (see Figure 5 A and B).

The ankles have a similar pattern in both genders: they start in a dorsiflexion and are gradually extended to reach the plantar flexion peak during the transition phase; another light dorsiflexion appears during the turnover, and the gesture is completed with a maximum plantar flexion (see Figure 5C). The shoulder starts with a light abduction that continues throughout the gesture until it reaches its maximum peak during the turnover phrase; subsequently, it is adducted to complete the gesture (see Figure 5D ).

The base of support during the turnover phase is slightly larger in women (see Figure 5E). The linear velocity of the barbell reaches its maximum peak in the transition phase (see Figure 5F).

The most important changes in the joint angles occurred at the end of the transition phase and between the second pull and the turnover. The latter two phases are greatly important because, during the first one, enough power and momentum must be generated to lift the barbell, and, during the second, three joints are extended to lift said bar above the head (Akkus, 2012; DiSanto et al., 2015; Gourgoulis et al., 2015).

The maximum peak angles of the hip and knee are more pronounced in men. This could be related to their flexibility and training technique because the biomechanics of said joints, when men perform the gesture, are closer to values reported in other studies (Harbili, 2012). The ankles present the greatest variation in both study groups, which is possibly due to the type of footwear the athletes wore; some of them had a sole thicker at the heel and, as a result, their joints had a tendency to plantar flexion. In addition, the angle of the camera could have affected the results (Fortenbaugh et al., 2010; Sato et al., 2012).

It can be seen that the base of support is always greater than the shoulder width, and it increases until almost double during the turnover phase. Taking into account that the base of support is closely related to the stability of the posture, it has been shown that weightlifters must compensate to stabilize their center of mass and correctly place the bar above their heads without losing balance (Ho et al., 2011; Milanese et al., 2017). Furthermore, the linear velocity of the barbell is slightly higher in women, possibly because they lifted less weight and, during the turnover phase, the flexion they performed was not as pronounced as that of men (Harbili, 2012).

Thanks to the study of the biomechanical variables above by means of videogrammetry, the kinematics of the snatch techniques of weightlifters could be analyzed. Such analysis is a contribution for coaches, so that they guide their practice in an objective and customized manner, with better skills to analyze their athletes’ performance. Thus, coaches can make changes to develop more effective training programs and promote a more efficient snatch technique among their athletes, thus improving their performance.

Although a standard weight for every athlete was implemented due to belonging at the same weight category it would be interesting to replicate the analysis with a percentage of their personal best or of their own weight in further studies to see if results change significantly.

Nevertheless, as this analysis was conducted in two dimensions only, the kinematic data are vulnerable to error. For that reason, the authors suggest the use of other techniques, such as non-magnetic inertial sensors, to study sports gestures as complex as those in weightlifting, which exhibit joint movement in multiple planes, being easier to implement for coaches and sport related people because it not depends on the camera setup to minimize parallax error (Sato et al., 2009).

The authors would like to thank Liga Antioqueña de Levantamiento de Pesas for their support and participation in this study, which enabled different activities and research projects in the field of biomechanics, and Instituto Tecnológico Metropolitano for allowing us to use all the technology available in the Biomechanics and Rehabilitation Laboratory.